The Role of Trees in Climate Change

The Upstate of South Carolina has been experiencing tremendous residential and commercial growth over the last twenty years. Causing what once were acres and acres of wooded fields being clear cut for the construction of new housing developments, apartment communities and commercial buildings and factories. It takes new companies and more people relocating to an area for strong economic growth, but at the same time it has been proven trees help fight climate change. So where is the balance?

As some of you may remember from your high school science, trees absorb harmful carbon dioxide, turning it into solid carbon and storing it in the wood. Then oxygen is released back into the air through the process of photosynthesis. It has been determined one acre of trees absorb the same amount of carbon dioxide emitted by a car which has been driven round trip from coast to coast over 9 times. Then that same tree can release enough oxygen for 18 people to survive for an entire year.

Studies indicate that flooding, which has become a major concern all across the United States, may be directly related to deforestation; and that trees do reduce rainwater runoff and erosion, while increasing soil permeability, which in turn increases crop production. Then urban areas with higher tree density have the potential to reduce their urban heat island effect by providing natural shade. While along the coast, many scientists have begun advocating for “living shorelines” which include the planting of mangrove trees. This particular tree species has an extremely solid root system which helps anchor the tree into the surrounding mud or sand and works to protect the coastline from damaging winds and tidal surges.

Trees also provide physical health benefits in that their leaves absorb airborne pollutants while at the same time intercepting dangerous microscopic particulate matter which can be inhaled, helping to reduce the number of respiratory illnesses and chronic lung conditions. More than just cleansing the air we breathe; trees also work to keep our drinking water clean. According to the United States Forest Service, across America, over 180 million people depend on forested lands to capture and filter their drinking water.

Want to work with a company committed to preserving our environment? Call Out on a Limb Tree Service today at 864-320-8787 for the best in Upstate tree care. 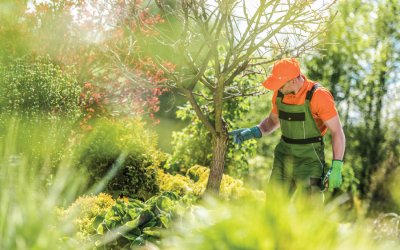 Spring is here and I’m sure you’ve already made several trips to your... 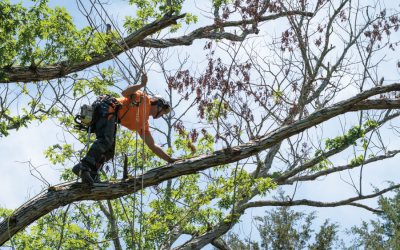 Time to Spring Clean Your Trees

Quick! Before your trees begin to bud out, it’s time to get them shaped... 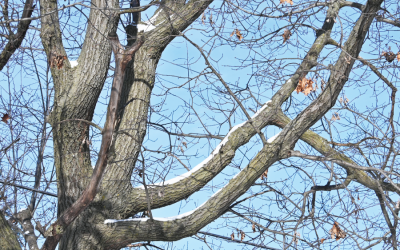 When Your Trees Need a Little Support During your annual tree inspection...